Over the summer I've been back playing Atlantic Fleet on iOS, a turn-based single player Battle of the Atlantic game. I've also tried it on Steam, but I've found the mobile format to be just as good while being a lot more convenient.

The game runs from the start of the war through until the invasion of France. You have a strategic map covering the theatre, split into 44 zones. Each turn lasts half a week, with ships able to move one zone per turn. If Allied and Axis ships occupy the same zone there's a chance of making contact, and you will play out the resulting engagement at a tactical level. Any Axis ships in zones not occupied by Allied warships have a chance of intercepting an unescorted convoy, which results in automatic merchantman losses. You can purchase new warships using a currency called "Renown", which you earn by sinking enemy warships, with a large number of ships to choose from. 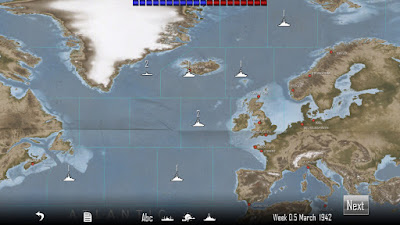 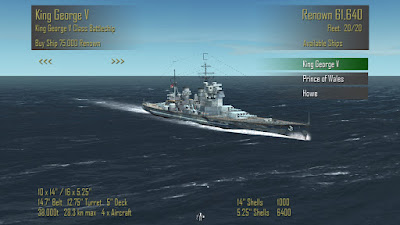 In the tactical map, you have a turn-based game where you move and shoot each of your ships, before the AI plays the other side. The graphics are pretty good, with the 3D panning and nicely detailed ship models. 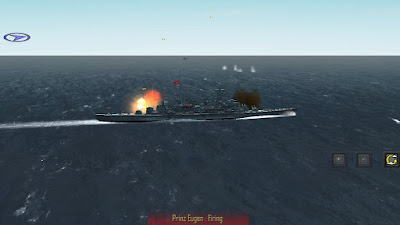 As the British, you need to keep merchant shipping losses to below 300,000 tons per month until Pearl Harbour, and 700,000 per month after that. The timing of the invasion depends on shipping losses: on my first play though it occurred in mid 1945.

I am now on my second play-through of the Royal Navy campaign. I did try playing the Kriegsmarine side, but the very first convoy I intercepted was escorted by HMS Echo, my grandfather's destroyer. This struck too close to home, and I immediately switched back to the Royal Navy game.

There are a few issues I have with the game: 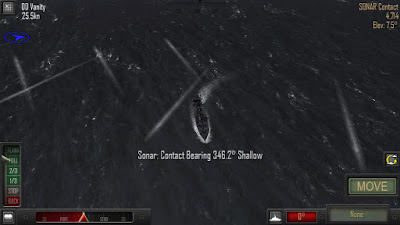 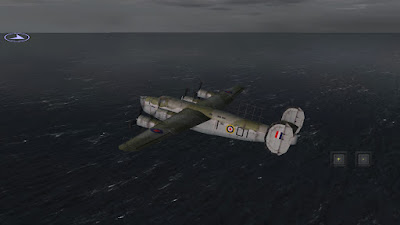 Despite these, it's a game I've enjoyed picking up and playing again over the summer. It is an interesting subject, has nice mechanics, and beautiful graphics.
Posted by Richard at 10:33 pm